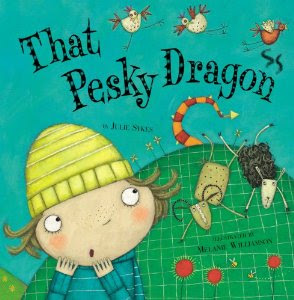 That Pesky Dragon is another favorite, worth fighting little tykes for at the library. Kidding, of course; as a grown adult you can grab it faster than a child and won’t have to fight. But be sure to have your child pretend he/she found it.


“Izzy’s dad had a farm. And on that farm there was a herd of cows…a flock of sheep…some chickens…two dogs…three cats…and a dragon.” The fire-breathing dragon causes chaos on the farm; his breath hard-boils eggs and turns their cow’s milk to yogurt. And he won’t go away.


Julie Sykes’s writing is delightful and yummy; like Izzy, I want to meet this dragon that Grandpa calls too dangerous. I want to turn pages. The vibrant color and style of the illustrations is perfect for the story. Melanie Williamson captures the animals with simple shapes and fun details to hunt for, like the cow juggling milk cartons.


Don’t be surprised, if at the end of the story, your child asks for a pet dragon…that pesky dragon is too cute!
Posted by Frances Judge at 5:25 AM No comments:

What Do I Know of War?

What do I know of war?
Battleships babysit the ocean and merge with the horizon,
guarding, protecting from bully attacks.


I kneel on sand, not powder soft,
but crunchy sometimes, sharp sometimes, exploding with life sometimes,
as a sand crab scuttles out of hiding,
as a boy digs deep trenches around a sand-dripped fort.


I kneel on sand, and waves charge at me...
unsuspecting—I am submerged;
cold water numbs my limbs, applies seaweed bandages.
The undercurrent tugs at my ankles like a child at her mother’s side, demanding attention.
Water wants to tow me in, but I’m stronger and win the battle.
I kneel on the sand in peace.


What do I know of war?
Letters written to lovers,
black and white hazy photos,
gruesome films, stories told of soldiers fighting with numb hearts
from trenches, jungles, caves, deserts,
hiding in tanks like turtles crossing at a steady pace.


What do I know of war?
Stronger weapons may win the battle
but no one wins the war when graves are full
of mothers, fathers, and children,
of soldiers who had to kill to live;
but I live in peace because someone I don’t know
knows of war.
(written for Faithwriters.com)

Posted by Frances Judge at 10:39 PM No comments:

He parts two rows of blinds,
Bent from overuse, and leans in to look,
Presses his forehead to the cold metal
…As she rattles down the street.


He wonders if she sees him
Watching, so he steps back a bit;
She might think him
A creepy old man,
But he’s not that old
And not that creepy
Just curious.


She passes by every day at this time,
As the sun crawls across his roof
And warms his den from where
He peers.
The neighborhood dogs know her;
They shout barks in turn
…As she rattles down the street


The wheels of her cart screech over cement;
Sharp, angular notes slice the air, like raining glass,
…As she rattles down the street
If you'd like to read the rest click here or see My Stories page
http://www.faithwriters.com/wc-article-editors-previous.php?id=45779

Posted by Frances Judge at 6:22 PM No comments:

Yesterday it Rained Pigs and Llamas


Yesterday I forgot to pray and cursed at the woman who cut me off
…today I controlled the urge to honk. Twice


Yesterday I burnt macaroni and cheese (how is that even possible?)
…today I cooked perfect (frozen) meatballs


Yesterday I pulled hair out with writer’s block
…today I wrote a novel (okay, one chapter three pages long) and wore a hat


Yesterday I stubbed my pinky toe
…today I jammed my finger, so the toe felt better


Yesterday I read the fruits of the spirit and realized I was fruitless
…today I read that God’s love never fades; he loves me anyway

You get the idea: Yesterday has passed, so don’t wallow in pig slop;
There’ll always be a Yesterday we want to forget…


Today is a new morning!

Posted by Frances Judge at 6:59 AM No comments:

Of course I miss staying home with my kids; I homeschooled for ten years. But when our money problems increased after Hurricane Sandy flooded our home, I had no choice but to enter the blah world of full time work. My evening receptionist job wasn’t enough…so I looked up Continuing Ed courses in Medical Billing to show some effort and please my husband even though change scares me. I break out in hives and heart palpitations at the thought of going on an interview.

And I prayed…I prayed that somehow, miraculously, when I went to work that evening, the administrator (who only sees my face when he leaves and forgets my name) would offer me more hours. I prayed the impossible. This job was comfortable, working close enough to home that I biked there. I liked having a stress-free job. I worked as a freelance artist before kids happened and hated the pressure, the deadlines, and the sardine packed subway rides.

But God intervened. Thirty minutes after I got to work, the administrator called and asked if I would be interested in a position open in Medical Records. It would be more hours and twice the pay of this job. I hung up, amazed, and thanked the Lord for such a quick answer to prayer.

God knows me so well…he gave me another stress-free job that keeps me moving. I’m active and never liked gluing my rear to one spot for hours. I get to organize and accomplish goals each day. I get to socialize and work quietly in my own office too. Best of all, every day I take a lunch break walk to Starbucks and write for an hour while drinking a Skinny Vanilla Latte. It’s a nice time to think, read, and pray. My day job is not my life, but I like it. Maybe someday I'll have novels published and get to stay home again, write all day in my loungewear and sign autographs...maybe not. So I'm thankful for where I am now.

God doesn’t always answer my prayers this way; He’s not a Genie in a lamp. But when we follow His will and plan for our lives, we can trust Him, and sometimes He answers before we ask.

Now to Him who is able to do immeasurably more than all we ask or imagine, according to His power that is at work within us, to Him be the glory…Ephesians 3:20 NIV.

Posted by Frances Judge at 6:13 AM No comments:

Every week Jordan, my nine year-old daughter, and I visit the picture book section of the library. Okay, I am an adult, and she reads novels like the Narnia series now, and we tower over the toddlers next to us, but we won’t give up picture books. It’s not just because I went to F.I.T. for illustration and now write the stories; my love for picture books happened when I read them to my kids and shared their joy and smiles. If you don’t have kids, I suggest borrowing a child for a day and share the blessing of a great picture book like this one by Rob Scotton: Russell the Sheep 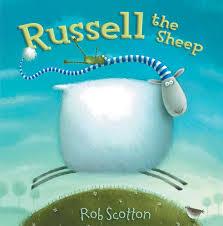 Rob Scotton’s picture book is delicious. His illustrations are adorable and creative with soft, beautiful colors. The text is simple, yet witty. I must have checked this book out from the library ten times. This is a perfect story for snuggling. A+ from me.

Posted by Frances Judge at 6:10 AM No comments:


Welcome to my first blog.
Hope to encourage moms, writers, Christians, lovers of words and anyone in between. 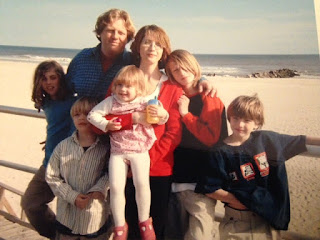 Some moms seem to do everything right. Some moms, I said. They wake up early, have kids on a good routine, doing chores and homework without being told. They all sing on their way to church and arrive on time. I have a friend who was Miss New York, a model, a nurse, and a leader in the church who held our woman's Bible study for years. She always had a clean house smelling of the blueberry muffins she baked that morning. And  even worse, she was a sweetheart too.

Then there's me and those like me who rush around and never catch up. If you've ever seen a dog chase its tail, you know. Very frustrating. So those of us in group B need to be pleased with the baby steps we take. God still loves us, even with our imperfections. That is why He came, isn't it?

So, this morning, I am happy to get two of my five kids to church plus hubby. The oldest and youngest. The middle three teens took too long. I tried leaving them instructions: get homework done; shower; and read the Bible. But when we got home at 1:30, one hadn't showered, one was back in bed on his phone, and one was still asleep. I had to walk the dog to keep my anger from flaring.

This morning, I'm thankful I heard just what I needed to hear at church. We sang a modernized version of this hymn:

Victory in Jesus
My Savior, forever
He sought me and He bought me
with His redeeming blood

Be encouraged today...we can all have the victory in Him, even imperfect moms!