This Boy and This Girl

There was a boy, a pale-skinned, freckled face, strawberry blond boy, born in Manhattan. A little seed in the Big Apple.
This boy spoke English, yet went to a French elementary school. His parents said it was the best school near their apartment. He didn’t learn much French, maybe: “Est-ce-que je peux aller aux toilettes?” and other essential phrases. Most of the time he’d fall asleep at the kitchen table staring at letters that didn’t make sense. In class, he’d focus on the skyscraper view out the window and imagine the people inside who didn’t have to be stuck in school, but he was funny and could twist humor out of any situation.
This boy liked to play stick ball with his friends who lived in the same apartment building. He liked riding his Huffy bike to Central Park…but one day a group of teenagers surrounded him and pushed him off his bike. The tallest thief hopped on the bike and rode off with his friends, laughing. Their voices faded in the distance as the boy walked home with blood dripping from his scraped knees. He blinked his tears away because this was the city.
That year he and his parents, two brothers and three cats moved to the south shore of Long Island, a beach town, just a short train ride from the city. He had fresh air and a new bike but no friends…so he drew pictures and cartoons for hours, every day. He drew the cats he didn’t know he was allergic to and took asthma medicine to help him breathe.
The boy played baseball in high school as a starting pitcher. He didn’t care for the beach since his skin would turn red as raspberries, so he stayed indoors and drew more cats and caricatures. After graduating high school, he went to the School of Visual Arts in Manhattan to draw some more. While sorting through oil paint tubes, yellow ochre and cadmium red, at the art store where he worked, his friend asked him if he knew how much God loved him. This girl had a joy in her unlike anyone he knew and a roommate he wanted to date.
*******
There was a girl, born on the north shore of Long Island. Her mom loved helping people and her smile could lift anyone’s mood; if that didn’t work, her Bostonian accent with its missing r’s could cause a chuckle. She had green eyes with long, curled eyelashes. The girl wished she would grow up as beautiful as her mom and someday be a model or at least a dancer.
Her dad had a job helping kids with bad parents. Whenever he was home, he would draw. The girl watched him sketch landscapes, fruit, and portraits, the loose way he held his pastels, the slow and quick strokes, the energy created as he covered the page with color. His drawings looked so real. She listened when he explained what made the Mona Lisa special and why Picasso’s Guernica was famous.
She knew she could draw so she did, mostly models from fashion magazines. She drew more than she talked at school and hated being called shy, but she always had a best friend. After the girl lost one friend to cancer, she didn’t let anyone get too close, always afraid it could happen again. She reserved a secret part of her that wouldn’t open up to her parents, sister, or friends. No one knew how or why she wanted to be so thin. She didn’t know either, but lost control, but somehow survived high school living on cereal and cucumbers.
After graduating, she moved into the dorm at the Fashion Institute of Technology in Manhattan to study design and illustration. Her second roommate was a gift, a girl who told her God loved her and invited her to church. The roommate asked the girl if she would date her friend who worked with her at the art store. The friend with the strawberry blond hair and big laugh. One day the girl said yes…to the date, to church, and to God.
*******
There is a God who knew this young man and this young lady before they were conceived; He knew the day they’d meet. He knew the intricate yet fragile threads of their years and how perfectly they would weave into a chord. He knew what they would be together. This man would take her hand in his as they strolled the city streets, and they would share their past, their love for art, and their new faith in Christ. She made him feel whole. He made her feel beautiful.
God knew they would stand before Him under a cloudless sky and vow to love one another with the Lord as their foundation. He knew the struggles, the storms, the fears, but He would be their helper, their friend, and rock to lean on. He would bless them with joy and a full house of four boys and a girl. He knew what they would be together…husband and wife. And it is good.
Posted by Frances Judge at 8:32 AM No comments:

The Question at Hand 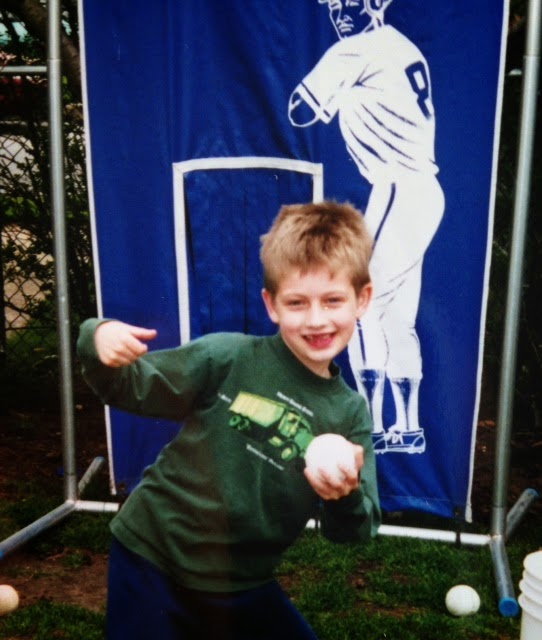 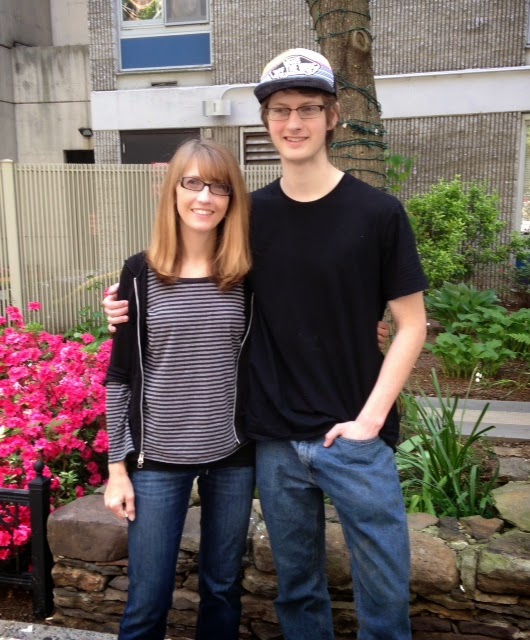 
I knew without a doubt that Stephen was right-handed. I homeschooled him since he was six and never saw a problem with his writing ability. He had beautiful penmanship and ate with his right hand, never questioned if he was using the wrong side…until he decided he wanted to change. And for what? Baseball. At age eight, life’s all about baseball.


As soon as his dad explains how left-handed baseball players have an advantage, Stephen suddenly realizes he’s supposed to be lefty. He switches the bat from resting above his right shoulder to above his left and turns his feet in the dirt. He hears the cheers, foot stomping from the bleachers as he waits for the pitcher to release the ball. The smell of popcorn and hot dogs tickles his nose as he concentrates on his stance. He swings hard…the ball is going, going, gone! Up to the scoreboard…a homerun!


His dad reaches for the ball at his feet. “Not bad, Stephen. At least you made contact. You’ll have to practice a lot to switch hit.”


“You’ve got plenty of time to practice; you’re only eight.”


Every day Stephen gathers a bucket of balls, a bat and his dad and walks to the elementary school field at the corner. The sun toasts his skin light caramel, sprinkles a few more freckles across his nose, and streaks his dark blonde hair with golden highlights. They practice for an hour, until eventually he trains his body or mind or both to feel more comfortable swinging lefty.


Stephen begs his dad to buy him a lefty glove so he can practice pitching. He does, hunting three stores and spending twice as much as he did for a righty glove…but whatever worked for training his swing doesn’t translate to pitching. As I wash the dishes and try not to look out the window, he pitches against the pitch back. Almost. He tries. And tries. My heart beats harder every time he grunts with frustration. If only I could wish success for him and pray that God gives him everything he wants, but he has to learn it won’t come easy.


I focus on the red cardinal landing just as something explodes in the dining room. Glass shards spread across the floor in a kaleidoscope pattern; the window now a hole with jagged edges; a ball rolls by my feet softly squishing sand against the wood floor until it stops at the table leg. Stephen’s mouth is as round as the ball he just threw with his left hand. The next day my husband buys him a new righty glove.


“You can still bat lefty, but you’re better at pitching with your right hand, so don’t force it.”


“Just an accident, but tennis balls around the house from now on, okay?”


For the next seven years, Stephen bats lefty. And pitches righty.


Older and wiser? Or ambidextrous?


So I’d expect him to have his right and left figured out by age sixteen, but he is still confused as to which is his natural best side. Now it isn’t a bat, but a guitar.


His dad travels half of Long Island searching for a reasonably priced lefty guitar. He finds one, but definitely not reasonable.


Stephen strums, searches YouTube for beginner lessons, struggles with the strings and breaks the bad news to us. “I think I made a mistake. I might be a righty at guitar too.”


My husband makes the decision for him. “No, you are going to play leftie. After all I went through to get you that guitar, I’m sure you can figure it out. Lessons will help.”


And that was that. He learned, took lessons, got better, became obsessed with improving, went on to major in Classical Guitar at a local college…with his left hand leading the way. But his dilemma doesn’t end there. After graduating from two years as a music major, he realizes he loves drawing animation more than playing the guitar.


“I’ll never be able to strum fast enough with my left hand anyway.”


His drawing skill gets him into an art school in Manhattan where he finally figures out his God-given talent…as his right hand glides across paper.

Posted by Frances Judge at 6:55 AM No comments: 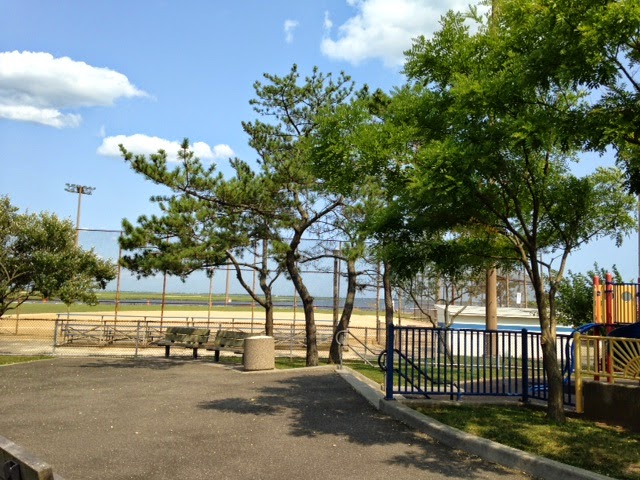 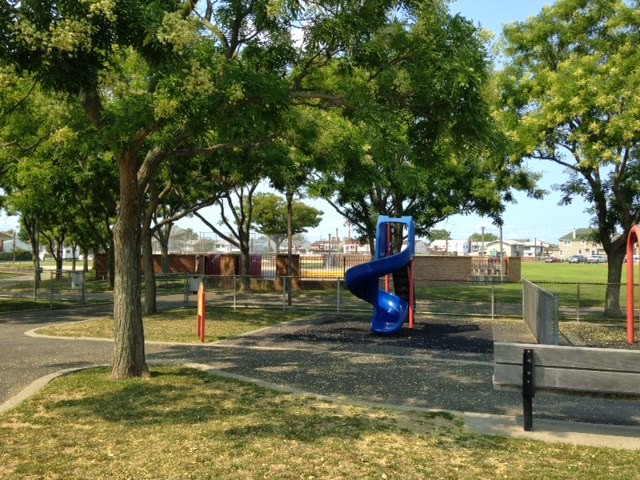 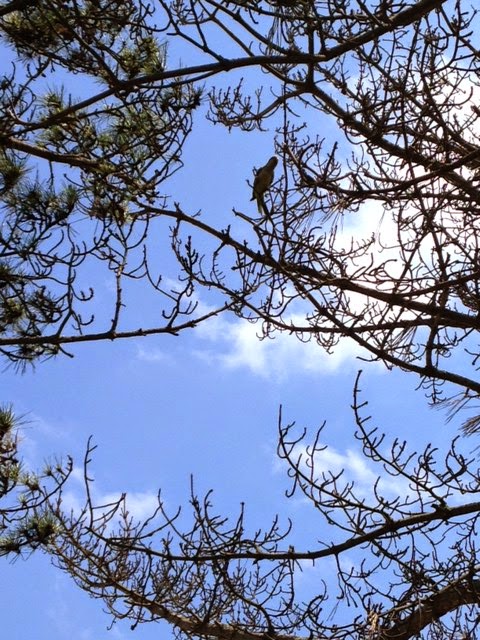 How strange at the park today, just me and the squawking parrots! No kids, mine or anyone else’s. The park was booming with life a few minutes ago…kids laughing, running, crying over skinned knees, the squeaking of rusty swings in a constant background rhythm. What happened at three o’clock? Is there a reason everyone disappeared? The sky is clear, no signs of lightning, hurricane or tornado. It isn’t dinner time yet. Mid-day siesta time, maybe.


For whatever reason, I sit, reading Atlas Girl on the faded bench, alone and writing. A tractor roars as it shovels dirt and covers the silence of an empty playground…and I reminisce about the days my five kids climbed the slides here, played tag, and splashed in the sprinklers. The entire park was cooled by the mist carried in the bay breeze. This was always one of my favorite places to take the kids, five minutes away by car and free. They thought it was a special day as we packed lunches, wore bathing suits and could get wet before playing in the playground.


I miss those days. Sometimes. I miss chasing them in a game of tag, the giggles when I found one of them hiding, watching them learn to swing higher than I wanted to swing. Their cartoon voices, little feet and warm hugs. Even my daughter, the youngest, has lost interest in the playground. So I’ve moved on to the next stage in life when I wasn’t looking. Teaching kids to drive, filling out college forms and praying for God’s guidance in their lives. This is nice too.


In my pessimistic mood swing, I think I’d rather not get old like the people I see in the nursing home where I work. I could go to heaven, meet Jesus and all will be perfect…but just as I want my parents around, no matter how old, for me and their grandchildren, my kids might want me and my husband to stick around to see their children someday, though they’re not thinking this yet. So unless God has other plans, I will have to accept the years passing and enjoy each day’s blessings as life changes…and I plan on feeling young forever.


I close my book and hop on my bike to head home. The park is too quiet.

Posted by Frances Judge at 9:38 AM No comments: