Pomp and Circumstance along the Highway

Yesterday our firstborn graduated from college. Imagine the band playing “Pomp and Circumstance,” taking pictures outdoors with the sun shining on our son’s cap and gown and smelling the fresh cut grass which brings to mind new growth and new beginnings as our graduate enters the next chapter in his young adult life. Okay, now erase that picture because that’s someone else’s graduation.

Since FIT is in Manhattan, Stephen told us the graduation was going to be at Radio City Music Hall, where it was when I graduated from the same school. We were all set to take the train in and celebrate Stephen’s special day by going out to a nice restaurant after the ceremony. Not sure how or when plans changed, but three days before his graduation, Stephen informed us it was being held at the Arthur Ashe Stadium, next to Citi Field. That changed everything.

He had to be there by nine o’clock, so we left early to allow for the usual rush hour traffic. Who picked this time? Three blocks away from our house, I prayed for a safe drive in the rain. I think God whispered, “The rain is the least of your worries. You forgot the tickets to graduation.” That was a “Phew!” moment. We only wasted ten minutes turning around and still had plenty of time to get him there early.

But traffic. And more traffic. By the time we reached the exit, the line of traffic stopped moving. Thirty minutes passed and we hadn’t moved an inch. We saw one graduate hop out of a car and start walking along the highway…then another…and another. Stephen threw on his robe and joined the procession. In pouring rain, young ladies dressed in high heels walked in mud. Stephen couldn’t find his dress shoes that morning, so he wore sneakers—which he decided to tie in the rain.

From the time Stephen got out to walk, another hour passed before we were able to park. And from this long-awaited parking spot, we had to walk twenty minutes in the rain to get to the stadium. Stephen had my only umbrella, but we had hoods. Even though we were over an hour late, we didn’t miss anything. Thank God they delayed the ceremony, or they’d have had a lot of empty seats among the graduates.

In all the craziness of the drive there, I forgot to get emotional. My thoughts were more like: “I wish Stephen decorated his cap so I could find him among the sea of blue squares. How many more names do they have to call? Where are we going to eat? I’m hungry.” All sentimental feelings would trail behind until basic needs were met.

I didn’t think of the day he was born, or his first steps; our homeschool days, or watching him play sports; his high school years of learning to play the guitar and trying to become a rock star, or his first two years majoring in classical music before discovering his love for art and computer animation… and all the experiences in between the years. I didn’t think about the infinite number of times I prayed for him since I first cradled his newborn body in my arms. I didn’t think about how blessed we’ve been all these years.

Okay, now I’m ready to cry. I am also excited to see Stephen’s passion to do what he loves.

Just as my husband and I trusted God to help us raise our son, we have to trust Him to guide his future. One down, four to go. 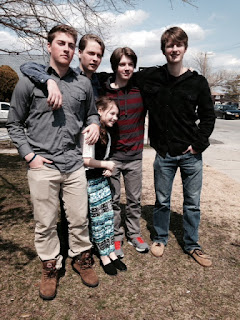 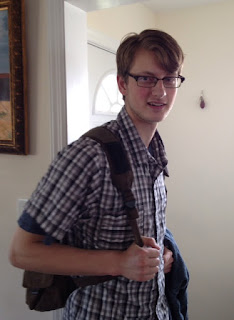 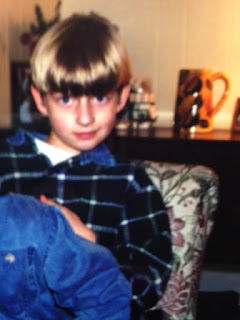 “Train up a child in the way he should go, and when he is old he will not depart from it.”


Visit my website: francesjudge.com
Posted by Frances Judge at 11:08 AM